When Niklas Luhmann used the Zettelkasten-Method to write more than 70 books and 400 articles in such divers fields as law, art, religion, mass media and more during, he had to rely on physical note cards to structure his knowledge.

Even with that limitation, the Zettelkasten-Method can be a powerful note-taking approach. One of the main features of Zettelkasten is the big focus on connections between ideas. Instead of structuring notes hierarchically depending on a specific topic or project, with Zettelkasten you aim to connect a Note organically to many others.

Those connections help Zettelkasten to avoid one of the biggest pitfalls of Personal Knowledge Management: the creation of Knowledge silos.

A silo, in this case, is an isolated, closed container to store knowledge.

Think of it as your classic folder structure on your computer. Maybe you’ve been taking classes for a while and try to take notes on what you’re learning. The most common approach to this (after dropping all notes on your desktop and praying to the computer gods that search might help you find them later) would be to create folders for each class with subfolders for the topics & notes covered.

While this looks like a helpful system on the surface, it has a huge weakness. Your knowledge remains isolated, within it’s original context and you rely on your memory of arbitrary, formal context to find information again. Arbitrary and formal because it really hasn’t much to do with an idea that you discovered it during the winter semester of 2017 in Professor XY’s class.

Knowledge increases exponentially, once you start making connections in between.

So how can we implement a system like Zettelkasten to avoid the creation of knowledge silos?

The classic answer is: with a bunch of index cards! And while that certainly works for some, there’s also a different way to leverage something Niklas Luhmann had no access to:

Traditionally, note taking on the computer was the quintessence of knowledge silos. Folder structures are strict and hierarchical. There is no native cross-referencing. Ideas disappear into huge word documents or get lost because the search function fails.

Luckily, there are some new players. Innovative note-taking software is seeing a boom in recent years with the two most common options Notion and Roam Research leading the charge.

So here’s how my simple approach to Zettelkasten for Notion. Read through my step-by-step explanation of the elements or jump to the bottom of the article to get my free template & start taking notes.

Notion is a powerful tool with near infinite customisation options. It’s text editor, spreadsheet, organisation tool & sharing platform in one.

While the certainly is an initial learning curve, it’s well worth your time. Zettelkasten for Notion let’s you quickly enter notes & ideas, cross-reference them, tag them, create contextual views instead of arbitrary sortings and resurface knowledge when and where you want it.

That doesn’t mean that you won’t lose an idea once it’s in Notion.

The whole point of Zettelkasten isn’t to never lose a note again. Some notes will fall through the cracks. But thanks to some build-in discovery function, they resurface from time to time.

More importantly, Notion supercharges your ability to create connections between bits and pieces of information in a way, that's hard to replicate offline. Combine infinite online space with tagging and search and you got yourself an amazing tool for Personal Knowledge Management.

But find out for yourself why Zettelkasten for Notion is pretty cool:

Your Zettelkasten for Notion

The Master Database is the new home for your notes. Think of it as the backbone of the system. You will rarely interact with it unless you want to change the system - it’s more the backend of your Zettelkasten.

Here, you can see all the properties that are used elsewhere to surface your notes at the right time in the right context. That includes:

It comes prepared with templates for all three note types, so simply click on the drop down menu for New at the right and start writing notes!

Tagging is one of two things that turn your collection of isolated notes into a connected knowledge system. How we use notion to do that will be covered down below - but first, what do we tag?

The obvious thing to tag for are the areas & topics covered in it (Psychology, Personal Knowledge Management, Italian Cooking, Dogs).

One word of caution though: Tagging by topic can quickly feel overwhelming. Did you really capture the essence of the note? Isn’t there another angle to explore?

Don’t waste time trying to perfect the tagging of notes. You can always add or remove stuff later. Just tag it with whatever comes to mind right now.

Alternatively, have you considered adding the “Knowledge Life Cycle”? It’s an idea by Tiago Forte, the person behind Building a Second Brain, and he advocates for tagging by Life Cycle.

Tagging by Life Cycle means that you give the note the context in which you are currently using it. The idea is to work with our knowledge and continuously engage with some of it. So if you want, you can try to add tags like:

Describing the role that a note will have right now will often be easier than identifying the topics. You usually know whether you hear about a concept for the first time (Initial Learning), find something you’re not sure about (Reviewing) or need to combine it with some other stuff you got already (Updating).

The template has separate properties for both to remind you of these two options. If that feels like too much distinction, just delete one property and throw all tags into one. You can still filter in just the same ways.

The second big advantage of using Zettelkasten for Notion besides tags are relations.

Remember, when using the Zettelkasten Method, you want to add connections to other notes, so that you can jump from idea to idea and see things in a new light.

In essence, Notion has two ways to accomplish this:

Backlinks work like you know them from Wikipedia. Type anywhere within your note "@" to open a context menu. Keep typing the name of the note you want to link to & click on it. Voilà - you’ve created a backlink.

Backlinks are a very efficient way to quickly connect notes.

Relations work similarly. Instead of typing in the note body, you go to the properties above. There, you see two fields:

Click into the field for Connected to and start typing the name of the note you want to connect to & click on it.

The Has been mentioned in field will update automatically in the other note, so that you can always keep track both ways.

Use whatever you feel more comfortable with. Just know that one of the template features, the “Central Notes”-View that will show you your most interconnected notes, works only if you use Relations.

This is where you interact with your notes most of the time.

A simple, no-fuss project planner so that you can connect your notes to work you want to do with them. The template for this database comes with a neat little trick: it will automatically show you all notes that you later add to this project!

Zettelkasten is no guarantee that nothing will ever fall through the cracks. But to help you resurface some of your forgotten notes, this section of the dashboard will show you a random selection of notes every time you reload the page.

Lastly, also on the main dashboard, you see a special view for central notes.

The view is set up in a way, that will show you your 10 most central notes. It does so by aggregating the number of connections you’ve made in the relations fields mentioned above. That way, you can quickly see which ideas are particularly relevant to you right now.

Get Your Free Zettelkasten for Notion Template Now

If you got any remaining questions, why not connect with me on Twitter and ask me there?

Want to become a Notion Ninja?

Learn more about Notion and get all my free templates over at my Notion Hub. 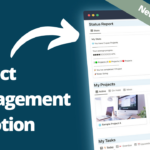 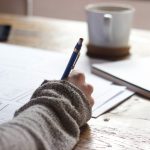 Is there a smarter way to learn?

Join me on my journey as I try to answer the question: how do we actually learn smarter? 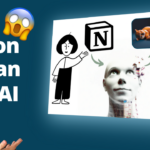 How to build an AI Image Generator in Notion