Learn how to use Notion with this complete Notion Tutorial. Notion is one of the most powerful no-code apps out there but it comes with a steep learning curve. You could use Notion for months and still barely scratch the surface. Go through this in-depth Notion Tutorial to understand the basic of Notion, how to leverage advanced features and what you need to know to master Notion's full potential.

How to learn Notion

The best way to learn Notion is to use it. Create your account, set up your workspace and start playing around. Then, start going through the videos on this page. Each Notion tutorial includes a small exercises to help you practice. You'll go from Notion Beginner to Notion Master in no time.

Notion Tutorial Part 1: How to set up your Notion Workspace

After this first video of this Notion Course, you'll know

After the second video of this Notion course, you'll know the answer to these questions

Notion Tutorial Part 3: Everything you ever need to know about Notion Pages

In the third video, you will learn

Notion Databases: Everything you ever need to know

In Part 4 of this Notion Tutorial, you'll uncover the secrets of Databases in Notion.

Notion Formulas: Everything you ever need to know

The 5th video of the series will help you master an advanced feature in Notion that can cause trouble to even experienced Notion users: Formulas in Notion.

Never miss a video of this free Notion Course

I'll release a new video every Sunday until the Notion Tutorial is complete. Subscribe to my Youtube Channel and stay up to date.

Done with all the Notion lessons currently released? Head on over to my Notion Hub and browse the Notion templates and advanced techniques. 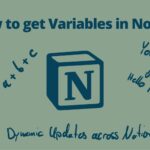 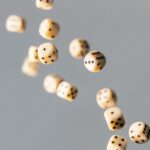 How to get random numbers in Notion

Learn how to get random numbers in Notion and how you can use them to shuffle database items in Notion. Template and cheatsheet included. 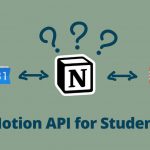 Learn everything you need to know about the Notion API including tutorials for the best (and free!) automations for students.