Purchasing something through the links provided in this post supports the blog via Affiliate Commissions.

Spending hours browsing through recipes, binging cooking shows or just watching people eat amazing food (s/o to Strictly Dumpling, one of the most mouth-watering youtube channels out there) is my kind of jam (yes, that's a food pun and it's a good one).

And yet, even though I strictly believe that nothing that takes under 3 hours can rightfully claim to be a Bolognese Sauce, I also don't want to spent half my weekdays standing in the kitchen.

Still, when I started my first exam preparation in 2018 and was able to study mostly from home, I spent so much time on preparing food. What's even worse: it wasn't particularly exciting food.

A typical day would go by like this: get up, sit down to study until I'm getting hungry, realise I don't have any food at home, start browsing some pretty cookbooks, picking a new recipe, go shopping & spent quite some money on exotic ingredients, cook the recipe in twice the time it said because I sometimes have the memory of a goldfish and need to re-read the instructions every 2 minutes, be disappointed because the results where ok, but probably not worth the time & money.

It would usually take me 2 hours to decide what to cook, go out for groceries & cook a new recipe - and just like that, my free time for the day evaporated.

Alternatively, I'd just order some food or eat bread with jam while watching the latest episode of MasterChef. Kind of ironic.

It took me a while to find a middle way between wasting a lot of time & constantly ordering food.

My meal prepping skills are still not where I would like them to be, but it has gotten better. So here are the most important lessons I've learned so far:

From time to time, I would decide to plan ahead the food for the upcoming week. I'd spent a long time looking for the right recipes, bought tons of groceries, pre-cooked some stuff just to realise that my week-long supply lasted for only 2 days.

Estimating the amount of food you actually eat in a week is hard if you've never done that before. It leaves a big margin for error and is a recipe for disaster (me : food puns 2:0) if you're used to going shopping several times a week.

Instead, start slow. Plan out the food for the next two or three days and try to get that going.

2. Meal Prep doesn't have to be boring

If you search for "meal prep" on youtube, chances are it loads a bunch of fitness enthusiasts who are immensely excited to pack steamed broccoli, rice & chicken in neat rows of Tupperware.

Now, there's nothing wrong with eating steamed broccoli, rice & chicken 7 days a week and if you can & want to do that, by all means, go ahead.

But meal prep doesn't have to be that way. And if you're not used to eating the same thing over and over again, then don't start out with that.

The behaviour change of planning ahead and pre-cooking stuff won't stick if you're subconscious revolts because it can't stand another week of one-meal-only.

3. You can meal prep (nearly) anything

That leads me directly to the next point: don't just look for "meal prep recipes".

Sure, some dishes are easier to prep than others and if you try to prep a soufflé or fully dress your fresh and crunchy salad mix on Sunday only to realise on Wednesday that it has turned into a nightmarish painting of green and grey, then you risk Gordon Ramsay materialising in the kitchen behind you.

But most recipes can be at least partially prepared, which will already help you to greatly reduce the time spent on fixing lunch. Relying on recipes you know makes all the other changes easier than trying out a whole new cuisine.

Plus, you're much more likely to stick to your plan if you cook the things you actually like.

4. Set aside a fixed time for planning (key behaviour change)

The single most important thing to do: get in the habit of planning your meals. This could mean that you sit down once, jot down the 5 meals you want to have in your standard repertoire and keep cooking them until you feel confident enough to move forward.

Or it could mean that once or twice per week, you take 15 minutes to plan your week and write a grocery list.

It's a very simple thing to do and yet, I struggled with it for a long time and still don't do it regular.

To take a page out of James Clear's Atomic Habits, here are some ideas to get this new habit to stick:

5. Don't forget to have snacks

One of my biggest mistakes early on was to only plan the main meals. But inevitably, I would need some quick fix in the afternoon and stood there with empty hands. I'd usually stock up on muesli bars, but most of them are shockingly high in sugar - not ideal.

So for the past weeks, I've tried to make use of my newest kitchen toy (a stand mixer) and quickly throw together a healthy-ish snack. The results have been mixed so far (pea protein in banana bread didn't turn out as a huge success - but wait, was that another food pun?), though I'm hopeful that more practice will help me out there.

Speaking of practice: cooking is a skill (and art), so you can actively work on improving it.

Cooking a different, new recipe with new ingredients and flavour profiles every day isn't an ideal approach if you're just starting out as I know from experience. You just don't have the time to figure out your mistakes.

Cook a risotto every Friday night for 3 months and you'll see real improvement.

To help you achieve progress, it makes sense to actually collect the recipes you're cooking and annotate them with your experience.

Just to take one example, estimated cooking times in recipes often vary drastically from what you need in your kitchen. Most ovens show a rough estimate as their temperature at best. Pans are rarely pre-heated correctly or are less conductive than professional-style kitchen gear used to test many recipes. So if you know that roasting those veggies takes twice the time, make a note and plan accordingly next time.

To make this easier, I've created an easy recipe manager next week, build in my favourite App of 2020, Notion. You can check it out here!

To finish off, here's how to actually get started with what I'd call a "Meal Prep Blueprint". It has nothing to do with the specific recipes you'll end up cooking and is more of a checklist of activities that you could do during your meal prep time.

Remember, you don't need to spend your whole Sunday in the kitchen prepping every meal for the next week. It's already a great time saver to do a few key steps.

Think of it as an extended mise en place. You know, the french cooking term for having your stuff ready before you start cooking, so that you don't plate your perfectly cooked steak just to realise, that you haven’t pealed any potatoes yet.

Lastly, practice is all great, but knowing the theory behind cooking will greatly improve your ability to improvise and interpret recipes.

My all-time favourite book for that purpose is SALT FAT ACID HEAT by Samin Nosrat.

Different to most cook books, it explains cooking with a First-Principles-approach. You'll learn why it matters when you salt your food, why you cannot just melt butter in a pot when a recipe calls for "room temperature butter" and why correctly preheating your pan will save you from a lifetime of sad food.

If you prefer to "learn on the job" and would rather perfect individual recipes instead of studying first the principles behind them, then The Food Lab by J. Kenji López-Alt is your new best friend. It will guide you through a variety of recipes, always looking for improvements while teaching you the theory of cooking on the side.

Whichever you choose, they will both greatly magnify your ability to cook amazing food. 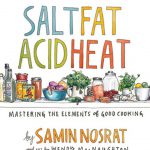 SALT FAT ACID HEAT is a must read if you want to understand cooking. Based on the four elements of cooking, it will transform the way you see food. 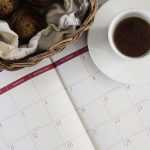 Take control of your meal planning with this easy & powerful template. Meal Planning in Notion is your one-stop-shop for all things food!