Before I developed RSI in my hands, I loved to play computer games. And as I grew older, so changed the type of games I wanted to play. After an obligatory phase of Pokémon & Co., I was drawn to World of Warcraft & League of Legends. Occasionally, I would also throw in a round of Civilization or Anno. But while they were the ones I spent by far the most time on as a kid, it got less and less compared to the other two.

Why though? I love strategy & building games. When asked, I'd always say those are my favourite type of games. And yet, if I look at the time spent playing either and compare it with the two above, they become negligible around the age 16 and above. Why?

I had a hard time justifying the time spent on them. Take Civilization for example. If you don't know it, it's a game where you lead your Civilization (surprise!) through the ages, from the early times as hunters & gatherers until the race to the stars. It's a long, complex experience and utterly amazing.

But inevitably, an hour or two into the game, I'd ask myself: what's the point? Civilization is mostly played against computer-controlled enemies and unless I threw in the hardest settings, I knew from the beginning that I would probably end up winning. And if the time came for that, victory felt a bit empty.

League on the other hand is a relatively quick, intense game nearly exclusively played with and against other people. It can make the whole thing super fun or utterly miserable, depending on which random people you get on your and your enemies' team. Depending on your results, you gain or lose points on a global (or at least continent-wide) rank ladder.

With League, I rarely questioned: is it worth it? After all, every game provided immediate feedback as to my abilities and I could see myself progressing through the ranks. Every time you knew: He is better than me or I am better than him.

To be totally clear, there is little incentive to climb the ladder apart from the prestige of being higher itself. The very, very top 0,1% have a chance of making it into professional esports, but I was never even playing with the thought of making it there.

And yet, simply the fact that I could beat someone and have an objective metric telling me how good I am made for a far more compelling case to spent hours on the game. If it weren't for my hands, I probably still would - it's just so damn fun!

So what's the point of this story?

League of Legends reminds me a lot about a Corporate Career.

I always assumed I would join a law firm, work there, show how good I am, get promoted, work there, get a few more promotions until I reach the top.

What do I strive for?

Why do I want to be the best?

Why is it so anticing trying to get to the top of the corporate ladder?

Because it’s easy to know when I win.

I have a visible, external ranking that tells me exactly how well I do in my life.

It gives me meaning and more important: justification. About the time and energy spent. About how I lead my life.

To make one thing clear, there's nothing wrong with a corporate career. Besides the obvious financial stability, I might actually enjoy doing the kind of work such a career requires.

In his amazing article "How to pick a career (that actually fits you), Tim Urban talks about how you go from the fixed rules of school and college into your post-formal-education life and all of the sudden, it's not fully clear what success means anymore.

I am about to finish formal education with my bar exam this year and oh boy, is that true.

In that situation, it is very enticing to simply replace one outside system of validation (how well you do in university & on exams) with the next best one: how much do you earn and what's your title on the corporate ladder.

But just as with the ranking in League of Legends, these are pretty empty categories on their own, once you earn enough to cover your bases. Just ask the five Why's starting with: I want to become a law firm partner:

If that's my underlying motivation for becoming a partner - aren't there much easier ways to do what I enjoy than to climb to the top of a ladder first?

No Rules are scary

So maybe playing the corporate game is like trying to win the wrong game. What's a better game though?

Other games - and that's the big problem - are so much harder to chose, because there are little established rules. How do you know you're winning the family or happiness or self-fulfilment game?

The only way to win here is to define your own metrics of success. And that can be a scary thing to do. Scary, because it leaves room for error. No one else can define winning for you.

I have no idea how these rules might look like. But I really want to go and look for them.

Recently, I got forwarded a great paper on the concept of life-crafting: the process of defining your own values & priorities in life, sketching a rough path to get there & deducting goals and daily habits to create process (actually quite similar to my thoughts on Goals vs. Systems).

So, in an adaption of that concept, let's start crafting the rules of the game that we want to win.

Because if you let someone else define the rules, then you're always playing someone else's game.

One last thought: maybe winning is the wrong metric altogether.

I am used to measuring success by wins. Reaching clearly defined goals justifies the hard work needed to get there.

But maybe, it's the wrong way to look at things all together. Maybe, playing itself is sufficient.

In a way, that's even more scary though. If I can't win, how to I justify the time spent on something? 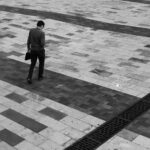 I studied law for 8 years just to quit after 3 months. Here's why.

I just quit law. After three months of being a lawyer. Since 2013, law has been the dominating occupation of my life. For 9 years, I went to law school, […] 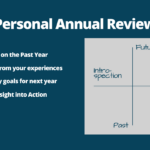 How to conduct a Personal Annual Review (+ Notion Template)

If you're serious about productivity, you need to do this: a Personal Annual Review. Learn how to do one with this free template 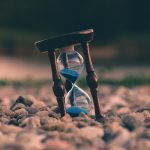