Do you know how to learn?

A question that seems obvious at first. After all, you‘ve finished school. Maybe graduated from university. And most likely, you are knowledgeable in at least one area (how to make perfect french omelettes, speed run through pokemon 1st Gen. or explaining the precise timeline of Marvel Movies to outsiders maybe?) which kind of implies that you learned things in the first place. But have you ever stopped and asked: what do I actually know about learning?

Well until recently, I haven‘t. Which is a bit surprising, given the fact that I‘ve spent the last 20 years of my life learning things. You would think that at some point, during some lecture, you would briefly pause and reflect on what you are actually doing. But I mostly just followed what I was shown. I wrote down the professor‘s words during lectures, summarised readings and revised them later. Sounds familiar?

How would things turn out if you’d radically change the way you learn? If you were to apply the same vigour that is usually reserved for some cool hobby to the learning process itself? Wanna find it out with me? If so, let's take a look at how learning is done typically.

For the past 7 years, the majority of my time was spent preparing to become a lawyer in Germany and reaching a high rank in League of Legends, one of which failed miserably. Studying law in Germany is a marathon - but one, where only the very last sprint at the end counts for your rank. Two exams, both taking place over two weeks, are supposed to encapsulate the qualification you gained in years of studying.

Naturally, there is a booming economy surrounding students offering all kind of material and support promising to prepare you for those two exams. Most of the advice can be boiled down to this: the "Drown-it-in-time" approach to learning.

You should listen to hours of lectures (taking notes), read thousands of pages expanding on the lectures and specific case law (taking notes) and write tons of mock exams to practise your technique. Do this for one year, limiting all distractions to a bar minimum and you are good to go.

That is how I prepared for my first bar exam. And probably very similar to the way most people learn during university. It certainly works. I passed in the top 10%. The "Drown-it-in-time" approach is effective.

But efficient? I highly doubt that.

All throughout university, I always played with the thought of "learning smarter". After all, what would be better than reducing your workload while maintaining the output? However, the singular nature of the two exams isn't the ideal playground for experimentation. So ultimately, I'd always do what I knew: put in the time, listening, reading and occasional writing. But for the second exam, my hands had something different in mind.

Exam preparation is not a fun time for hands. Hours spent typing summaries on the computer, long sessions huddled over a piece of paper for a mock exam followed by one or. two hours of "down time" playing computer games - all of this obviously without paying attention to posture, stretching or breaks. Painkillers helped me through the first exams. I had hoped that half a year of reduced workload after the first bar exam would be sufficient - but by the beginning of last year, I had RSI in both hands.

RSI meant, that it was physically impossible to do the usual preparation for the exam. Writing one or two mock exams per week? Nope. Summarising readings into Word documents? Hell no. Listening to so-called preparation classes over and over again (two weekend courses costing roughly a third of my monthly payroll)? Still possible, but boring as hell - so not an option either. What then?

For those who don't know, Scott Young studies learning. Better said, he is on the quest to decode how to make life-long learning happening with the most efficient techniques. He went through the four year MIT undergraduate course for IT in one year, spend another year getting fluent in Spanish, Mandarin Chinese and Korean, learnt how to draw portraits in one month and finally wrote a book about his findings: Ultralearning. Like a lot of books in the self-development category, Ultralearning doesn't reveal unbelievable secrets hitherto unknown to mankind, turning its readers into people with superhuman abilities. But it does an amazing job putting together part inconvenient truths, part new scientific findings into an applicable system of how to structure your learning. Could you figure it out on your own? Sure. Is it worth the time to save the 20$ the book costs? Highly unlikely. Long story short, Ultralearning is a great book. I stumbled upon it somewhere between preparation times, got super excited about how I would implement all these great techniques for the second bar exam and then forgot about it because I did not have a system in place of how to put insight into action (more on this in another blog post, coming soon). That is, I forgot about it until I really needed to change my approach to learning.

Turns out, Scott Young also offers an online course, expanding on the strategies set forward in the book, called "Rapid Learner". It is considerably more expensive and initially, I was cautious. I've never taken a paid online course before (unless you count my failed project "Learn Hindi through English" on Udemy for 9,99€). I am also more than prone to fall for the shiny new toy syndrome (shoutout to RadReads from Khe Hay - one of my favourite blogs ever!), so I need to actively work on not buying every cool new thing I lay eyes on. Ultimately though, I decided to go for it. And go all in.

Instead, I've read through most required readings once, the first major one more than a year in the past. Oh and I wrote down some questions by hand during my last two readings (we'll talk about that in the next post). I've done a fair share of busy work, but little effective practise. My RSI on the other hand (what a pun) while still present and annoying but seems at least to improve.

With this in mind, I went through the Rapid Learner Course to lay the theoretical foundation for my exam preparation (and partially to avoid having to actually study - procrastination rules). The following weeks, I'll share my progress and experiences with you. Starting from creating the project, applying the learning techniques to a complex real life learning challenge to finally reviewing the struggles and improvements during and after my main preparation period, this blog series will have it all. Finally, there is enough outside pressure due to physical and timely restrictions to actually make me change the way I am learning.

Whether you're in it to see all plans come crashing down in flames or are curious about how much of a difference a "smarter way to learn" actually makes in a high pressure situation - welcome on board and enjoy the ride!

P.S. You are wondering why I would write a blog if my main problem is... not being able to write? Good question! First, small burst of typing are possible again and also necessary to get the hands used to this kind of stress. Second, dictation and taking quite some time make it possible - apple's voice recognition works decent for every day language (but fails horribly if you were to summarise legal stuff). Third, creating outside accountability seems like a fun way to kick things off - for now at least.

You want more resources on how to improve your learning, waste less time and get more out of your study sessions? Check out the Effective Learning Hub.

How to deal with stress

A thorough preparation for exams includes knowing how to deal with stress. Here are the three techniques that I found most helpful 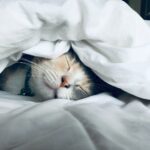 How to actually learn in your sleep

Never pull an all-nighter again while studying. Here's why skipping sleep means sabotaging your success and how to learn in your sleep. 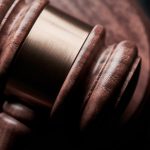 10 lessons from studying for the bar exam

For my bar exam, I decided to ditch my old strategies and focus on research-based study methods. Here are my take-aways!