So let's take a look at what sets these young companies apart from the old guard and why a consumer would pick the new and unproven over the established classics. Every month, we'll take a look at two D2C companies to answer the following questions:

But before we scrutinise any details, let's delve into the bigger picture of what D2C brands are (I), why D2C brands are sprouting up everywhere while traditional retail suffers (II) and lastly, a rundown of how D2C brands try to position themselves particularly in the men's fashion segment (III).

The essence of the Direct-to-Consumer Business Model can be easily apprehended: the brand sells the product directly to the consumer instead of enlisting a separate retail agent. This strategy is appealing because it reduces the go-between's who have to be paid, thus reducing either the price for the consumer or increasing the margin for the brand. While pricing strategies undoubtedly vary from one brand to another, the basic rule of thumb according to the Keystone markup pricing methodology is a price increase, by the factor two, every time the product enters the next step in the value chain:

Example: it costs the brand 25€ to produce a specific item. The brand sells the shirt for 50€ to the retailer (so called wholesale price) who then sells it for 100€ to the customer (retail price).

By cutting out the "middleman" between the brand and consumer, D2C companies are able to acutely undercut the selling price as opposed to the comparable competitors using classic retail distribution strategies. But why is this a new trend and not the way every brand operates?

Until recently, retail companies controlled the "last mile" to the customer and setting up a direct distribution channel required vast amounts of capital to pay for brick-and-mortar stores. By the virtue of the internet, this market barrier that once made it difficult for brands to directly connect with customers has come down and setting up an online store is just a few clicks away. Not only are the brands happy about the these new opportunities, the consumers have been more than willing to explore this new way of shopping.

Brick-and-mortar stores, the old cornerstone of retail companies, have been losing market shares to e-commerce for the better half of the past decade. While it accounted for less than 6% in 2013, e-commerce more than doubled its market share in less than 8 years (forecast of roughly 12,5% in 2020) in the US.

Combine this with the fact that millennials, a generation of consumers accustomed to shopping online like no one before, are already accounting for nearly 1/3rd of consumer spending while making up only 15% of the consumer base and will only continue to replace older customers. It is evident that the importance of online distribution channels will have a flourishing future.

Not only does this open up the opportunity for brands, in general, to cut out the middleman, it also enables new brands to promptly establish themselves alongside time-tested competitors. Thanks to Instagram and Influencer marketing, reaching a target audience has never been this easy. Hence, the distribution channel isn't the only area where market entry barriers have come down significantly to pave the way for small startups to find their niche and offer competitive products in a market segment that is traditionally dominated by a few established players.

Having explained what D2C brands are and why the internet kickstarted this distribution model, we have one last question to answer: how exactly do the new players on the men's fashion market position themselves to compete with traditional brands?

New kids on the block

In essence, the new players in the men's fashion segment brand themselves as the antidote to the established players. They are anti-fast fashion, anti-overpriced luxury and anti-mainstream.

D2C companies have seen immense success by competing with brands who are positioned neither as high-end quality nor as price leaders - meaning, they eat up the middle chunk of the market by offering perceivably and relatively higher quality items for the same or a slightly higher price.

Most of the new men's fashion companies don't try to compete with H&M, Zara or other fast fashion retailers primarily because it requires large economies of scale to even try to come close to their pricing. D2C requires a more intimate relationship with the customer. Consequently, they need to convince their customers that they are a trustworthy player who shares their values simply because no small D2C company has the market power to withstand the type of scandals that regularly rattle the reputation of said fast fashion companies.

On the other end of the spectrum, up and coming D2C brands typically can't compete with long-established luxury brands either. Luxury brands are able to create massive markups both, by the trust of consumers in superior quality and, the aura of luxury that is sold by the name's reputation. While it may be possible to convince knowledgeable customers that the quality offered by your new brand can challenge that of an established player, it is nearly impossible to create the latter in a short period of time without widespread public attention.

The solution for this dilemma is pirouetted into a strength by most of the D2C brands that we'll take a closer look at in the following weeks. They offer "affordable luxury" - quality that is supposed to rival high-end brands or at least supersede their direct middle-of-the-segment competitors at a price tag that is much lower, attributable to the reduced markup. This key message is then enriched by the already mentioned values like sustainability, innovation or support local. The last component of the positioning mix is another potential weakness, reinterpreted. While the established brands appeal to customers because they are what 'others' wear, the D2C brands stand out from the mainstream and create a different sort of exclusivity than luxury brands.

To sum up, most new D2C men fashion brands try to enter a medium price segment, accentuating their differences from fast fashion on the one end and luxury brands on the other.

How do you win in the middle of the pack?

While it is easiest to enter the price segment of the industry, surviving in this environment is a whole other ball game. Why exactly would a customer try out some young, unproven brand instead of falling back to what is well established? We will try to answer this question in the next edition of this series which takes a closer look at two specific players and their answer to this challenge. 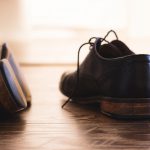 The one with Men's shoes

Thursday Boots & Paul Evans are disrupting the market for affordable menswear with direct to consumer strategies.